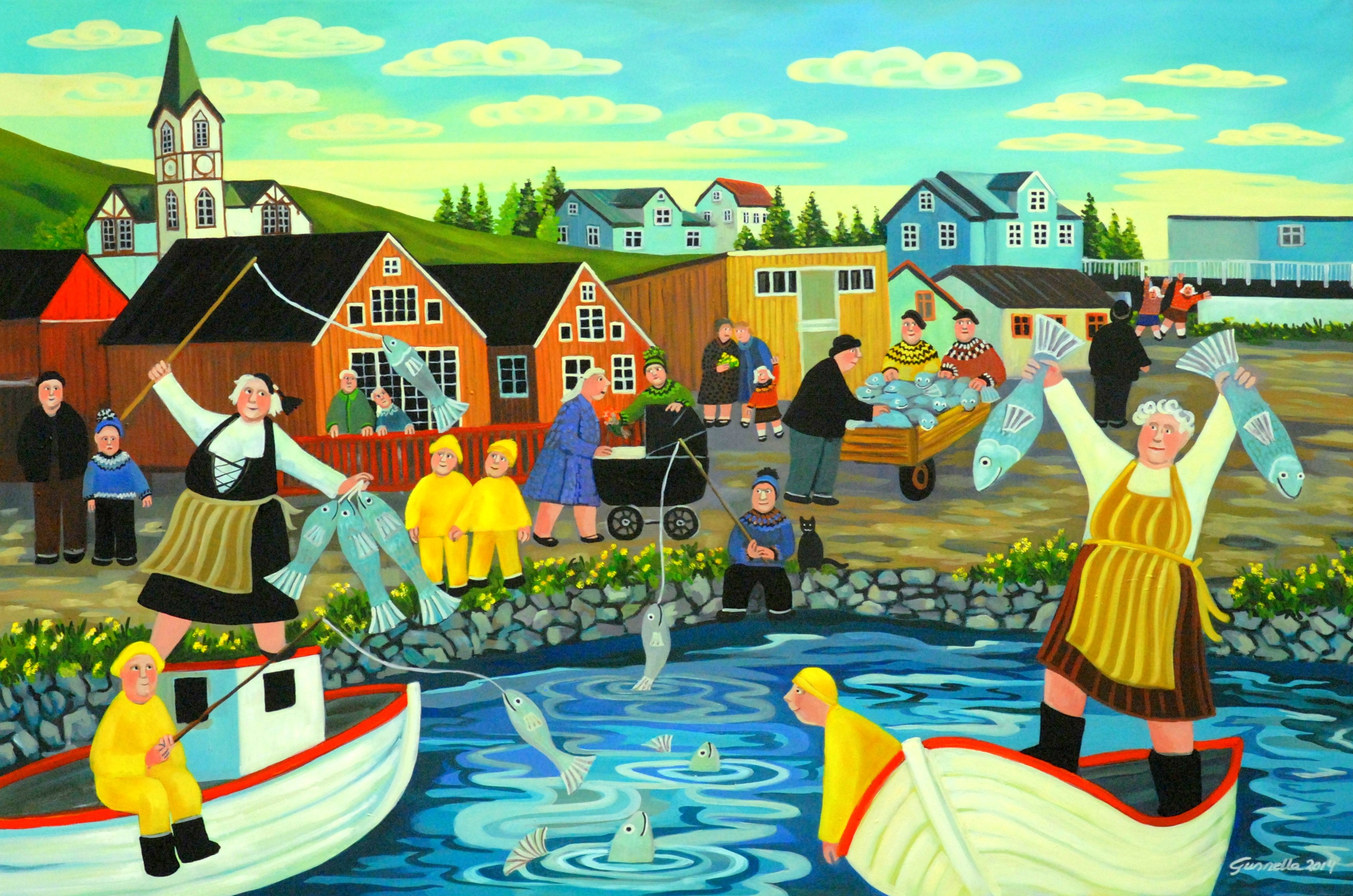 Good fresh fish / Ferskur fiskur úr sjó (From Husavik) (SOLD). Húsavík is a town in Norðurþing municipality on the north coast of Iceland on the shores of Skjálfandi bay with 2,237 inhabitants. The most famous landmark of the town is the wooden church Húsavíkurkirkja, built in 1907. Húsavík is served by Húsavík Airport. Income is derived from tourism and fishing, as well as retail and small industry. Until recently, Húsavík was the export harbour for silica that was extracted from nearby lake Mývatn. According to the Landnámabók ("Book of Settlement"), Húsavík was the first place in Iceland to be settled by a Norse man. The Swedish Viking Garðar Svavarsson stayed there for one winter around 870 A.D. When he left the island in spring of 870, after a winter's stay, he left behind a man named Nattfari and two slaves, a man and a woman, and they established a farm here. The name of the town means "bay of houses", probably referring to Garðar's homestead, which may have been the only houses then in Iceland.